My name is Anthony and I've acquired interest in martial arts since young due to my poor health as a child. I've never come close in being competent in any martial art except Chen style taiji chuan. My sifu and mentor Tim Yuen has guided me as I gradually decided to give up learning Southern Shaolin after 15 years of training. Sifu Tim offered free tai chi classes back then where he taught only 2 students, including myself. Over almost 16 years of training I started teaching at Griffith Queensland College of Arts to my friends, ever since then I started my own class. With Sifu Tim Yuen's wholehearted guidance in his teachings, he has made me understand the purpose of every move in Chen taiji movements. My 2 years worth of training with tai chi was equivalent to my years of training in Shaolin. When Sifu Tim made contact with Master Chen Yingjun, taijichuan became my life. It opened many doors of wisdom in what fighting is and I'm forever grateful.

The spiritual side of training taiji quan is developing a mindset of calmness while under pressure. Look beyond form and sound. Understanding the origin of all things. Learning to accommodate anyone or any situation like water.

I've spent almost 20 years studying the art and it is the only martial art which to me is very fulfilling physically and spiritually. Not only is it soft and relaxing, but it can also be fast and powerful. One of the fascinating principles which taiji chuan emphasize is the concept of softness overcoming hardness. It's only after many years of training, I soon realized and proved to myself that this concept is achievable. ​ 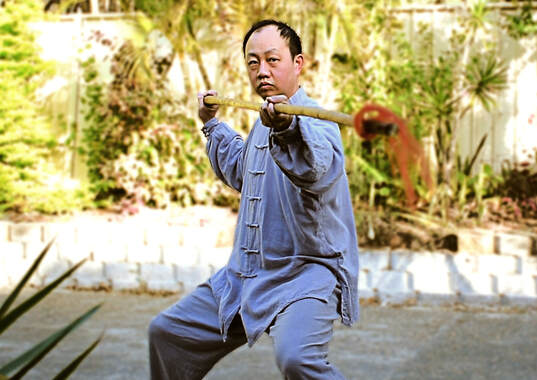